Nearly anyone who exercises regularly at a fitness center to get in better shape has a compelling story or two to tell about their experiences there.

Stories from members who work out at the Anytime Fitness club in Redlands, Calif. reveal experiences that are both upbeat and personally rewarding.

One Redlands Anytime Fitness member commented on the club’s Facebook page, “I come here for PT (physical therapy) and everyone who has worked on me has been wonderful. They are all so kind, welcoming, and motivating. It’s even impressive that after one interaction they always know you by name every single time afterwards. Great job guys! I wouldn’t want PT anywhere else!” 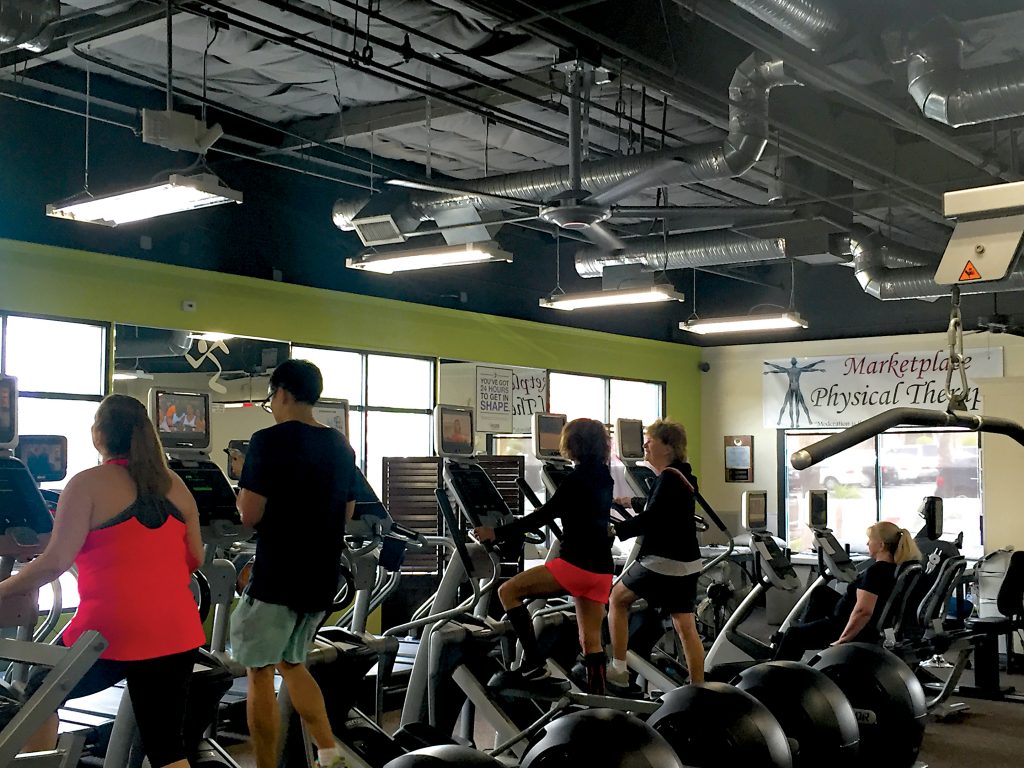 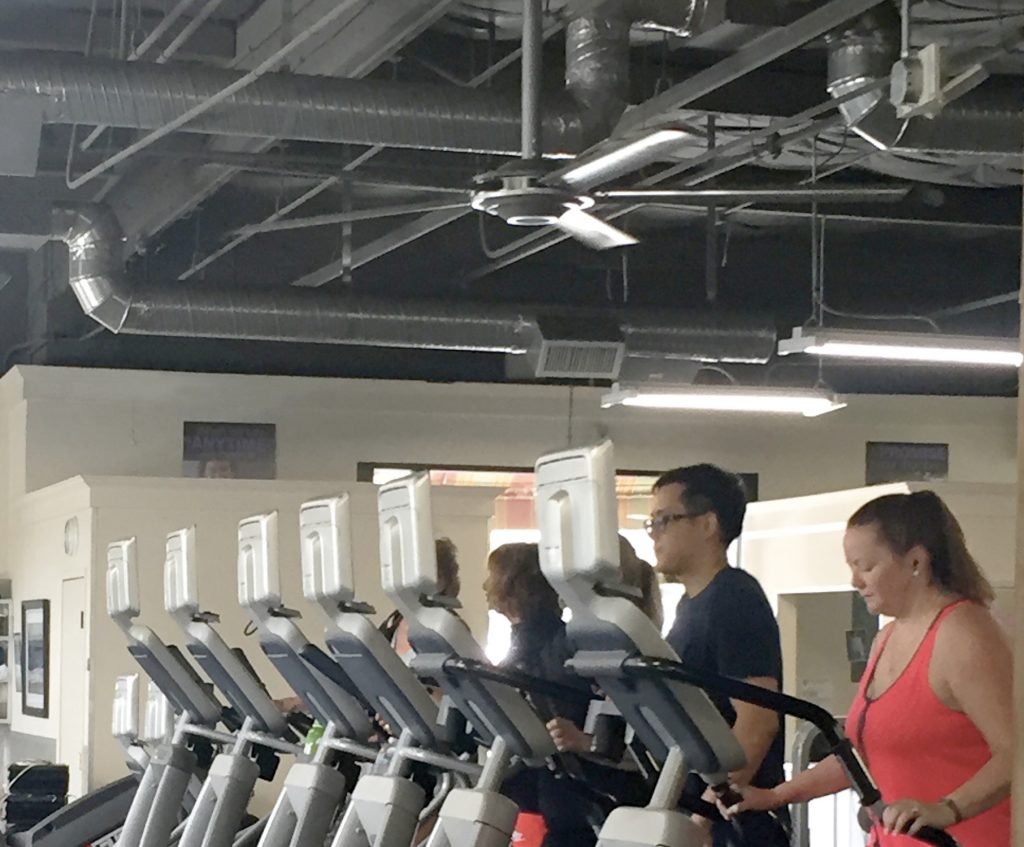 The HVLS fan, which has replaced three high-speed residential ceiling fans, as well as multiple floor fans, features EPIC Apex’s sleek Stardust Silver color. Stardust Silver provides a clean look and an energizing feel, especially while the fan is rotating. The fan is in constant operation since the club is open seven days a week, 365 days a year.

Founded in 2002, Anytime Fitness opened its first gym in Cambridge, Minn. and now operates nearly 3,000 clubs in all 50 states in the U.S. and in more than 20 countries worldwide. Labeled as the “world’s fastest-growing fitness club” and the “largest co-ed fitness franchise”, Anytime Fitness has opened an average of 300 clubs each year for the past eight years.

The Anytime Fitness corporate philosophy is based on three core principles: friendliness, convenience and results. The Redlands Anytime Fitness club also prides itself on being a safe environment. The club is scrupulously clean and provides integrated access and security with remote monitoring of surveillance systems for 24/7 safety and security. Personal safety devices for members allows for one-touch access to emergency care.

“We’re very pleased with fan’s overall strength to move air; it’s a solid product, it looks great and the club members really like it.”

Andrew Arturi, the original owner of the 5,400 square-foot Redlands Anytime Fitness club, has the most experience with the facility’s new EPIC Apex commercial HVLS fan.

Arturi, who opened the Redlands club in 2000, related that one of EPIC’s competitors had approached him multiple times during Anytime Fitness conferences and vendor shows about installing a commercial fan. However, a club member who actually works for EPIC provided a detailed and more sound recommendation to Arturi about which fan would work best and where it should be located to provide the most effective air movement for the club’s members. As a result, Arturi selected EPIC.

Arturi said problem number one for his new Anytime Fitness club was operating several ineffective residential ceiling fans. “Our decision to install a commercial HVLS fan stems from the fact that residential ceiling fans were just not enough for our club’s size,” Arturi explained, adding that he also had to supplement the club’s ceiling fans with several floor fans to keep enough air moving throughout the facility.

“I wasn’t exactly fond of the fact that customers were dragging floor fans around in the middle of the night, so moving air in the fitness center with one commercial HVLS fan means a much safer workout environment,” Arturi pointed out.

Running only one HVLS fan translates into energy savings

The EPIC Apex commercial HVLS fan is designed for power at any speed, which means that users don’t necessarily need to run a fan at its maximum 250-watt capacity. The fan is designed for impact at half that rate, so a 4-7 degree temperature change will be felt at just 40% wattage use (or a speed setting of 4-5), in accordance to the ASHRAE Standard 55-2010 Comfort Calculator. With every degree change, users are projected to experience up to a 3% savings on their energy bill.

The club’s cardio area, where members perspire the most, benefits greatly from the HVLS fan which is centrally located in the facility. For members who want to experience the most breeze, they have the option of working out where the breeze is strongest. For those who want less air movement, they can move to equipment farther away from the moving air.

“The strongest airflow occurs right below the fan. So for those members who want that air feel, they can get right in there to experience it, which is great,” Arturi said.

The EPIC Apex commercial HVLS fan comes complete with an easy-to-operate wireless remote control that provides users the flexibility to change the fan speed from virtually any location. Arturi said he likes the remote control’s simple design and was impressed that it’s sensitive enough to change the fan speed from long distances, even in an enclosed office with the door shut.

>Arturi added, “We’re very pleased with fan’s overall strength to move air; it’s a solid product, it looks great and the club members really like it.”

As members at the Redlands Anytime Fitness club continue to pursue a healthier and more fit lifestyle, they can rest assured that they’ll always remain cool and comfortable in the process thanks to EPIC’s new Apex commercial HVLS fan.