Located on the south wall of the sprawling NFM-Texas DC are six prominent architectural features that protrude beyond the DC’s main wall structure. These large building features also contain 48-feet high ventilation louvers from floor to ceiling on each end that are easily opened or closed at the touch of a button.

During the hottest months of the year, NFM-Texas opens the louvers during the coolest hours of the day.  Powerful rooftop-mounted exhaust fans then begin expelling hot air at the roof level while drawing in cool morning air at 36,000 cubic feet per minute (cfm) through the receiving area louvers and into the DC.

That’s when a total of 98 EPIC industrial HVLS   fans strategically placed around the DC begin to do their job. With the huge structure now full of cooler air, it won’t benefit anyone unless it’s moved and fully circulated.

High volume of cooler, better quality and evenly distributed air that’s exchanged hourly at a rate of 36,000 cfm via an integrated exhaust fan and louver system. 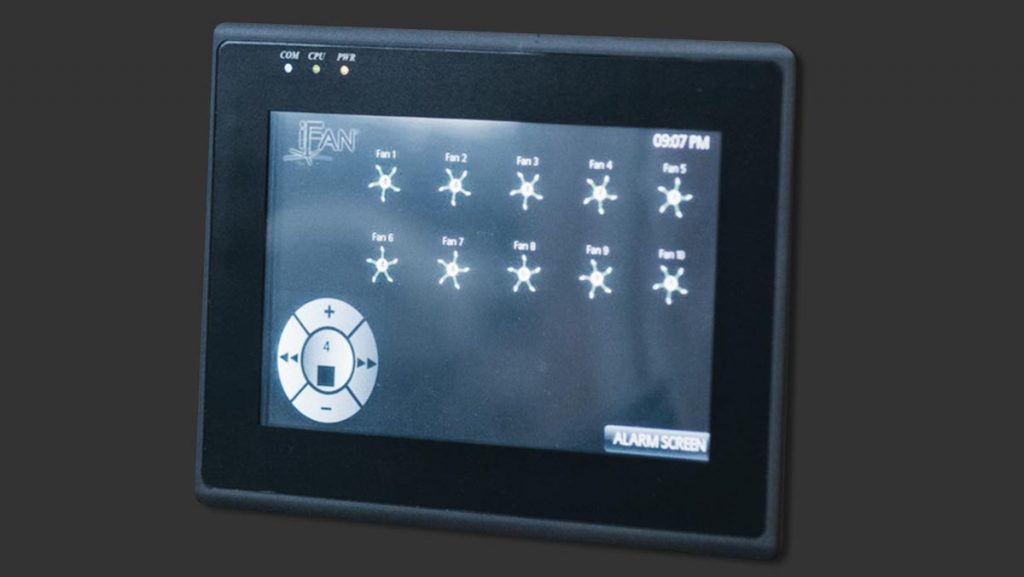 While the NFM-Texas exhaust fans decrease in speed while continuing to evacuate heated air that builds up under the ceiling, the Epic fans circulate the cooler air that has sunk to floor level.  In turn, that circulating cooler air keeps personnel comfortable and ensures higher air quality throughout the entire facility.  “We’re adamant about exchanging the air in our facility every hour,” said Evers.

In early 2016, NFM-Texas installed 24 EPIC 24-foot industrial fans in the drive aisles — or “autobahns” — on the DC’s north and south sides.  This has since increased the amount of air movement in the autobahns as well as down the warehouse racking aisles.

The largest Epic fans move and circulate cooler air in the more expansive areas, while the smaller fans are located above the DC’s mezzanine and in shop and product preparation areas.

Evers pointed out that he and his team visited EPIC’s fan lab locally in Dallas and were impressed that they could not only see various Epic fans operating, but also several other manufacturers’ fans for side-by-side comparison.

“We were able to test all of the fans which provided us an excellent opportunity to compare and contrast various features and designs,” Evers said. He stressed that due to the sheer number of fans needed for NFM-Texas, cost-effectiveness was a driving factor. “Because the Epic fans run at 70 percent volume and draw only 1.1 amps, we easily determined that’s the direction we wanted to go.”

Evers continued that Autodesk® Revit™ Building Information Modeling (BIM) 3D software assisted with fan placement in conjunction with warehouse rack autobahns. Careful attention was placed on fan placement so that lift trucks with extended masts that need to reach products on the very top of racks would not inadvertently strike the fans.

In addition to centralized control via the BMS, NFM-Texas can also control the fans by zone at the department level via the user-friendly iFAN system. This is especially useful due to the variety of fan sizes and varying needs throughout the NFM-Texas DC. Zone control via iFAN is contributing to overall energy savings potential throughout the DC’s entire HVLS fan network, Evers emphasized. 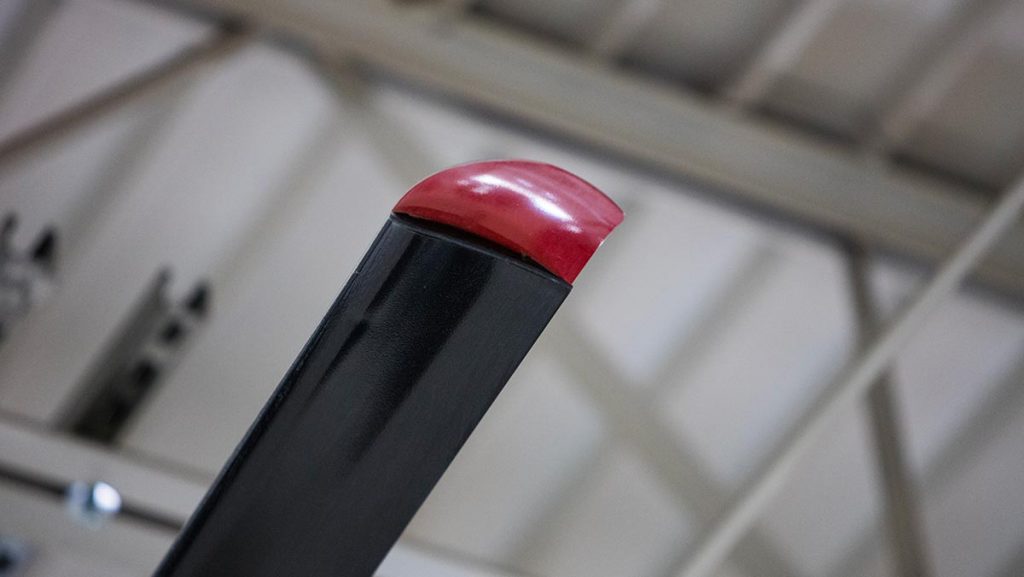 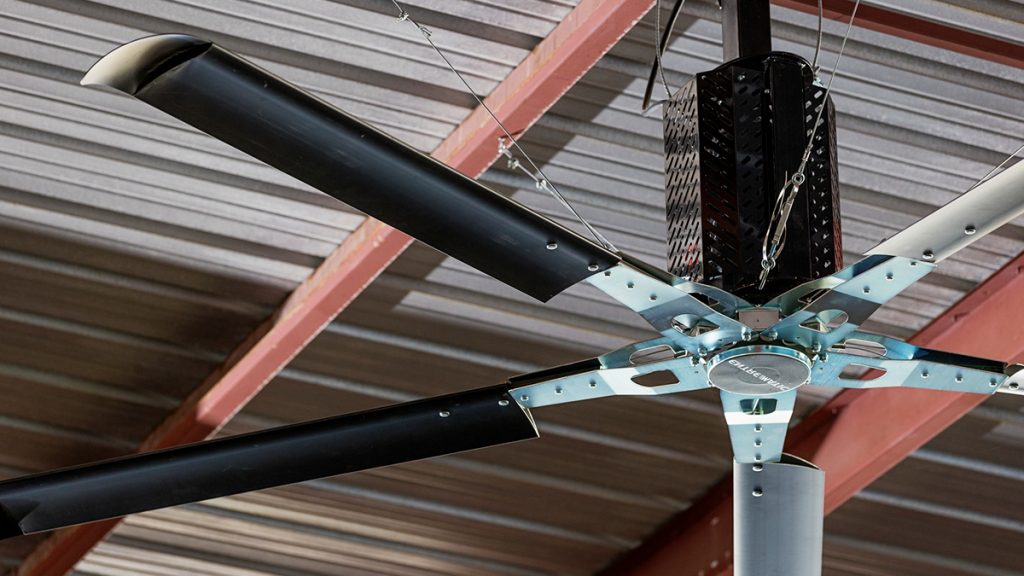