summer temps no longer an issue

The summer of 2016 in Ozark, Mo. has been hot, very hot. With numerous days reaching 90°-plus F — and some pushing 100° F — Hugh Lynas is more than pleased. He’s been looking forward to such exceptionally hot weather since the previous winter, and so far, he hasn’t been disappointed. Lucky for Lynas, summer isn’t over yet.

That may sound like a harsh wish coming from the plant manager of a 100,000-square-foot facility that employs 120 workers. No worries, though. He’s all too familiar with battling southern Missouri heat in his facility. This year, however Lynas said that “125 personal fans hanging from pillar to post” throughout the plant just weren’t getting the job done. 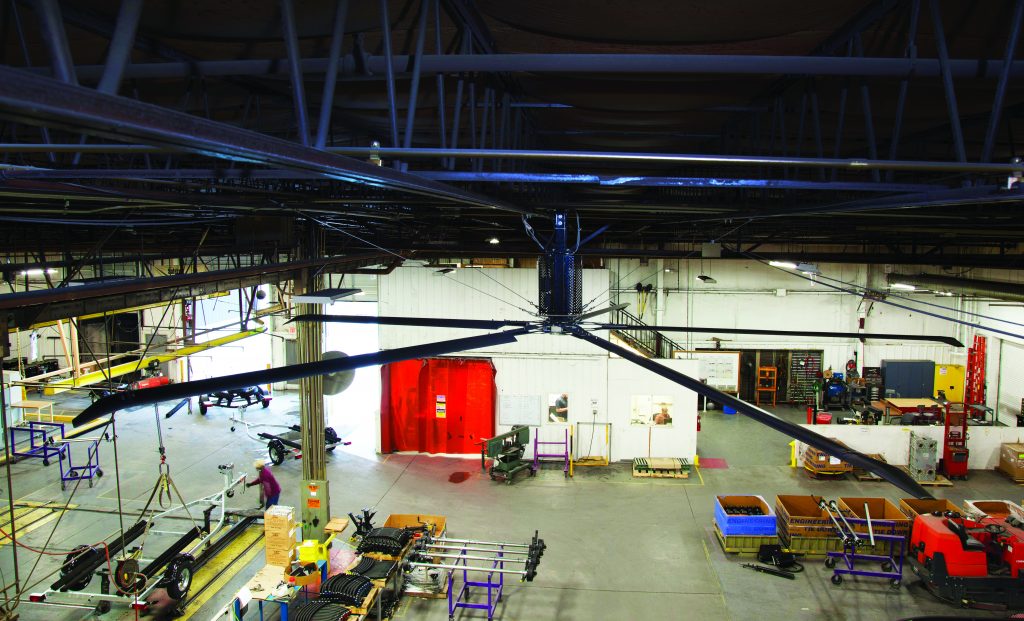 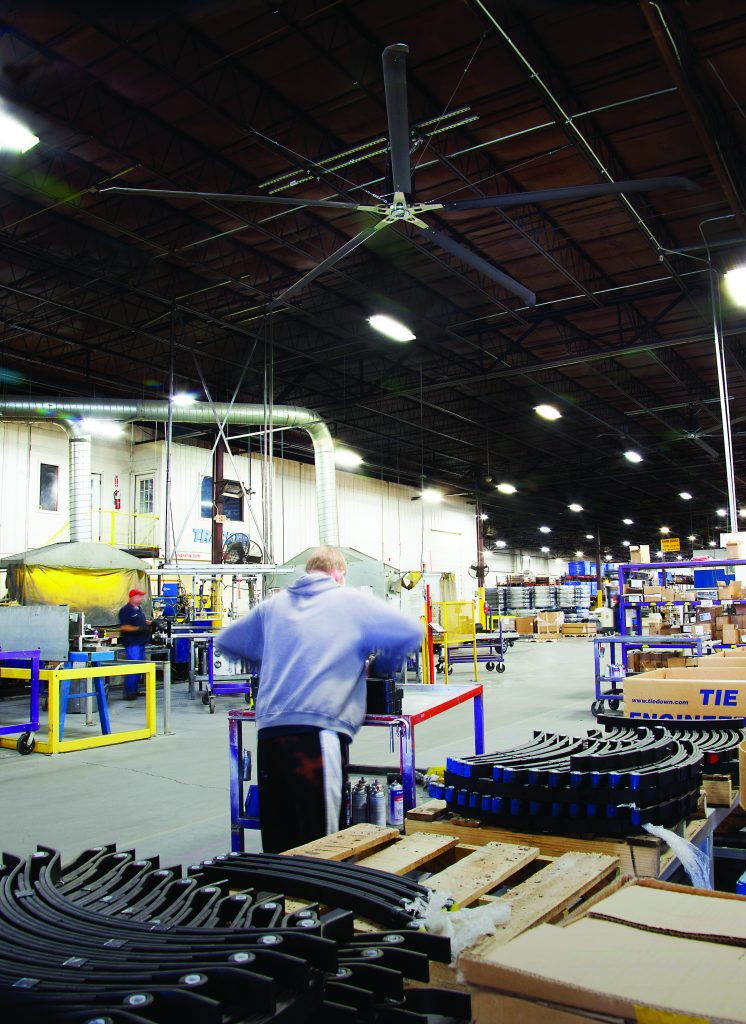 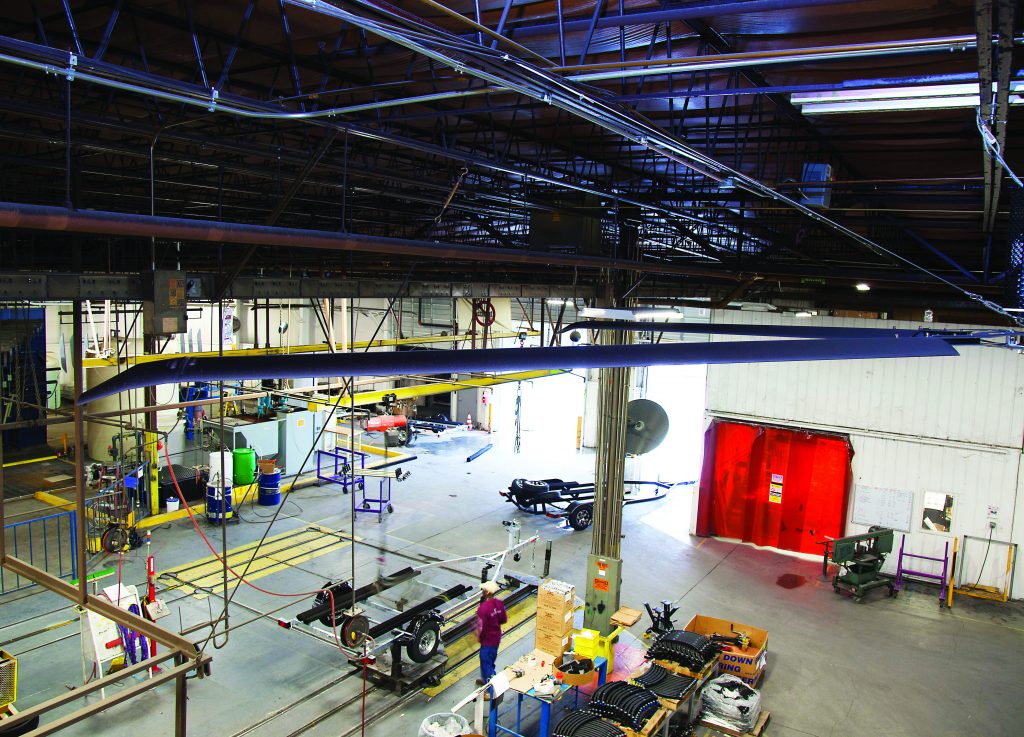 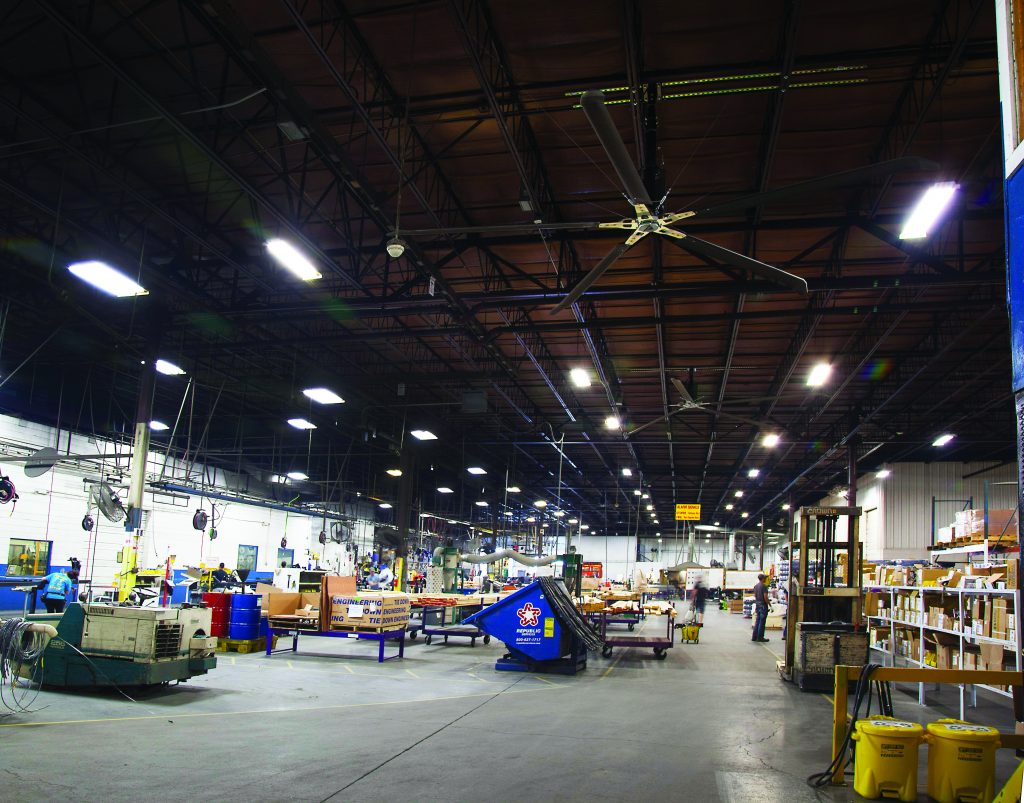 “Our primary goal this summer was to significantly reduce the plant’s interior temperature and we’ve accomplished that.”

That was before Tracker Marine Group—the nation’s leading manufacturer of fishing and recreation boats—added a combination of six 16- and 20-foot diameter EPIC Colossus™ high volume low speed (HVLS) industrial fans to its Ozark manufacturing facility just prior to the winter of 2015-16.

“Our primary goal for this summer was to significantly reduce the plant’s interior temperature and we’ve accomplished that with our EPIC HVLS fans,” Lynas explained. “I’ve had previous experience with HVLS fans and really wanted to install them in our facility because I knew from first-hand experience how effective they are.”

Saving big on heating costs, too.

Lynas said he had every reason to believe his company would achieve its summer cooling objective based on their performance during the cold season. The fans’ overall impact on the heating of Tracker Marine Group’s plant during the 2015-16 winter months was startling, even for a seasoned HVLS fan user like Lynas.

“We were able to shut down half of our gas-fired heaters,” Lynas pointed out. “The air movement from the fans circulated the remaining heat everywhere and eliminated every cold pocket in the plant. As a result, we cut our natural gas bill this past winter by 50 percent.” Lynas further explained, “Our HVLS fans are paying for themselves at an unexpectedly rapid rate. We certainly didn’t expect such an immediate payback.”

In the meantime, a few more surprises were in store for Lynas and his leadership team.

Lynas revealed that through the first part of 2016, Tracker Marine Group experienced zero injuries within its Ozark plant. “We believe that’s more than a coincidence, and our feedback from the plant floor supports it. We’ve been hearing various positive comments from plant personnel such as, ‘I’ve got air movement around me and I’m more comfortable doing my job.’ More comfort means better focus and performance.”

He added, “The personnel on the floor even made the safety association before we did. We constantly strive for an accident-free workplace, but a benefit like this didn’t even factor into our purchase decision. That has been a huge, huge bonus for us.”

Tracker Marine Group’s purchase decision also yielded yet another pleasant surprise. Prior to engaging with Epic Fans, the recreational watercraft manufacturer was actually evaluating a quote from another HVLS fan vendor that had recommended a total of nine HVLS fans.

“Our local Epic Fans distributor representative—who was working with us on an unrelated project—suggested that we consider an alternate quote,” Lynas shared. “He said six HVLS fans would work. That advice, along with the company’s warranty and installation expertise, tipped us toward choosing Epic Fans. That decision has worked out great ever since.”

“We’ve been hearing various positive comments from plant personnel such as, ‘I’ve got air movement around me and I’m more comfortable doing my job.’ More comfort means better focus and performance.”

According to Lynas, the buzz among personnel on the plant floor remains as positive as ever. Tracker Marine Group’s associates are delighted with the new fans spinning high above their heads. “Our employees are very excited about the fans and what we’ve done on their behalf,” Lynas has observed, knowing all too well that that move will have a long-term effect on enhancing the recruitment and retention of quality workers.

For Lynas, the “cool” part of this win-win story with Epic Fans is that his Tracker Marine Group facility is finally experiencing its first summer with the HVLS fans to see how they’ll perform. “You might even say that we’ve even been praying for hot days to fully test them out,” he said with a grin.

Based on how hot the summer of 2016 has been in his region of the country, it looks like Lynas’ prayers have been answered.