Each EPIC HVLS fan is the result of careful engineering.  And the inspiration for such well thought out engineering comes from a variety of sources.

For example, EPIC HVLS fans have a lot in common with the Sikorsky (Lockheed Martin) UH-60 Black Hawk helicopter.  In fact, the design for the fan blade downturned winglets (blade tips) is a derivation from the famous helo itself.

Rather than reinvent the wheel (or blades, in this case), EPIC has carefully examined how winglets were being used on rotary helicopters manufactured by top industry manufacturers Sikorsky as well as Bell Helicopter (Textron).

The major reason for adopting Sikorsky’s downturned winglet design was to maximize as much performance as possible out of the HVLS fan’s blades.

And the “why” behind the close connection between helicopters and EPIC HVLS fans centers on one key concept: an HVLS fan is essentially like a helicopter strapped to the roof of a building, but one that never moves.  As the fan’s blades rotate, they provide lift similar to a helicopter’s rotary blades while pushing air downward.

In contrast with the symmetrical design of a helicopter blade that mechanically changes in pitch for lift and forward momentum, EPIC’s HVLS fans rely on an asymmetrical blade design.  EPIC HVLS fan blades are also biased to provide the most amount of lift at their intended lower rotational velocities.

Various other HVLS fans on the market use vertical winglet designs akin to those found on commercial aircraft, designed for an airfoil that is traveling through relatively “clean air” (no turbulence) and in a straight line.

Even though other fan manufacturers have opted to use different style approaches (similar to an aircraft’s vertical winglet design), that’s not the best solution for a rotary airfoil.  You could argue those same HVLS fans would even perform better without their winglets.

In contrast, an EPIC HVLS fan winglet is essentially a functional component designed to reduce vortices, much like those seen emanating off the wingtips of commercial aircraft.  Anyone who’s flown a commercial jet is familiar with wake turbulence which can lead to a bumpy start to a flight that takes off behind a larger aircraft.

Caused by higher air pressure under the blade and much lower pressure on top of the wing, vortices are the result of displaced air that’s trying to reach the area of lowest pressure, thus causing the circular motion seen at the wings’ tips when condensation is present.

Blade ends generate the most lift

The vortices also cause aerodynamic (induced) drag, which means more energy is required to produce lift.  While not as critical on an airplane due to their minimal effects and relative size of the aircraft, the same can’t be said about vortices for an HVLS fan.

For helicopters and HVLS fans alike, the tip of the blade is the part that’s moving the fastest (farthest from the center) and where the most lift if generated.  If vortices are allowed to develop, they negatively affect the amount of downward airflow on the most important part of the blade system.

Looking at an HVLS fan as a helicopter that’s always hovering and never moving, blades with no winglets will create vortices on each blade tip at blade height.  This then causes air turbulence that each trailing blade must pass through, and as that repeatedly occurs, it compromises the fan’s overall efficiency.

more from the blog 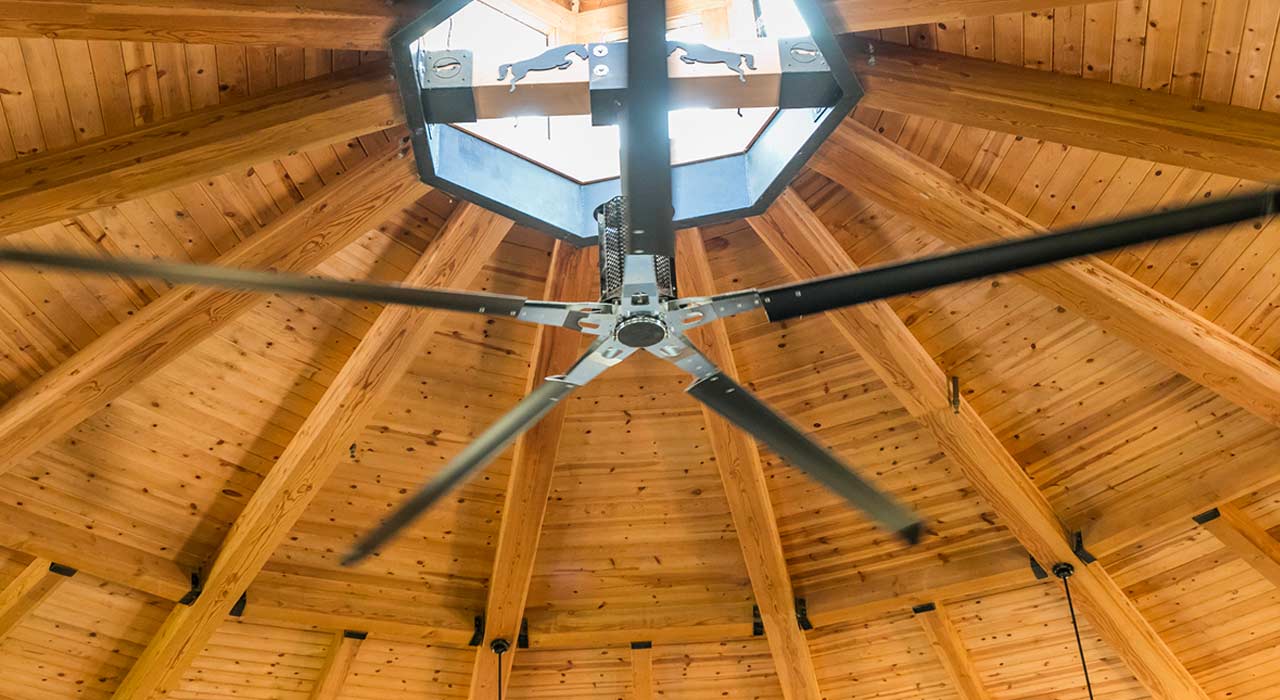 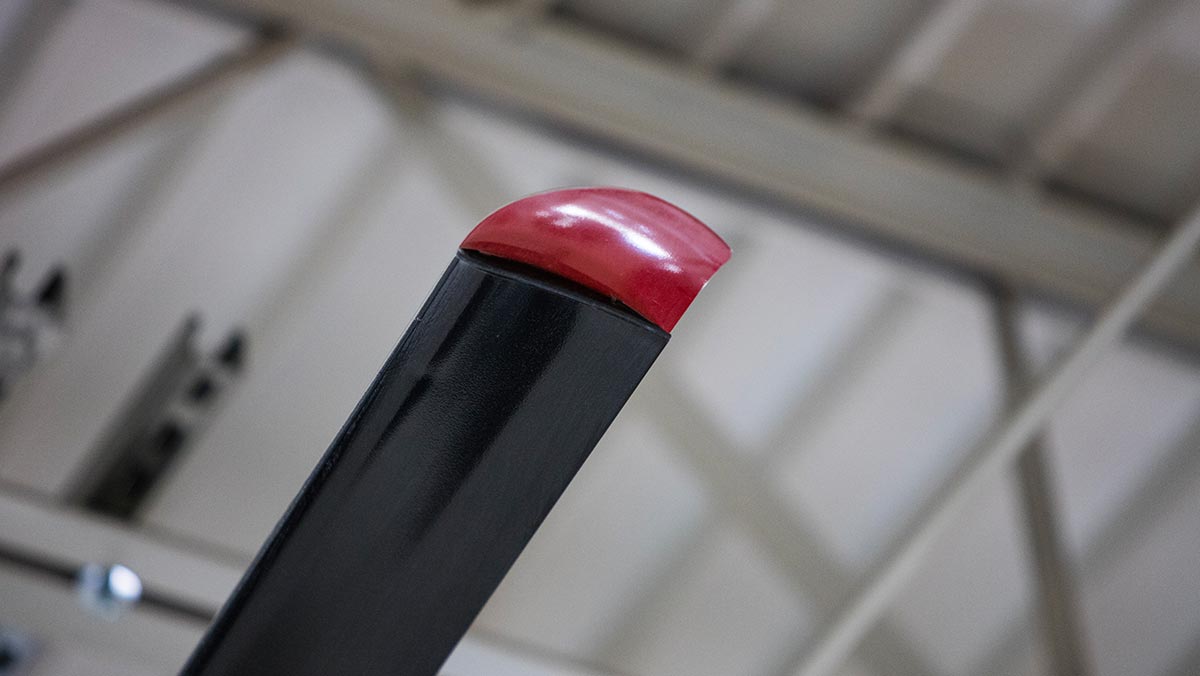 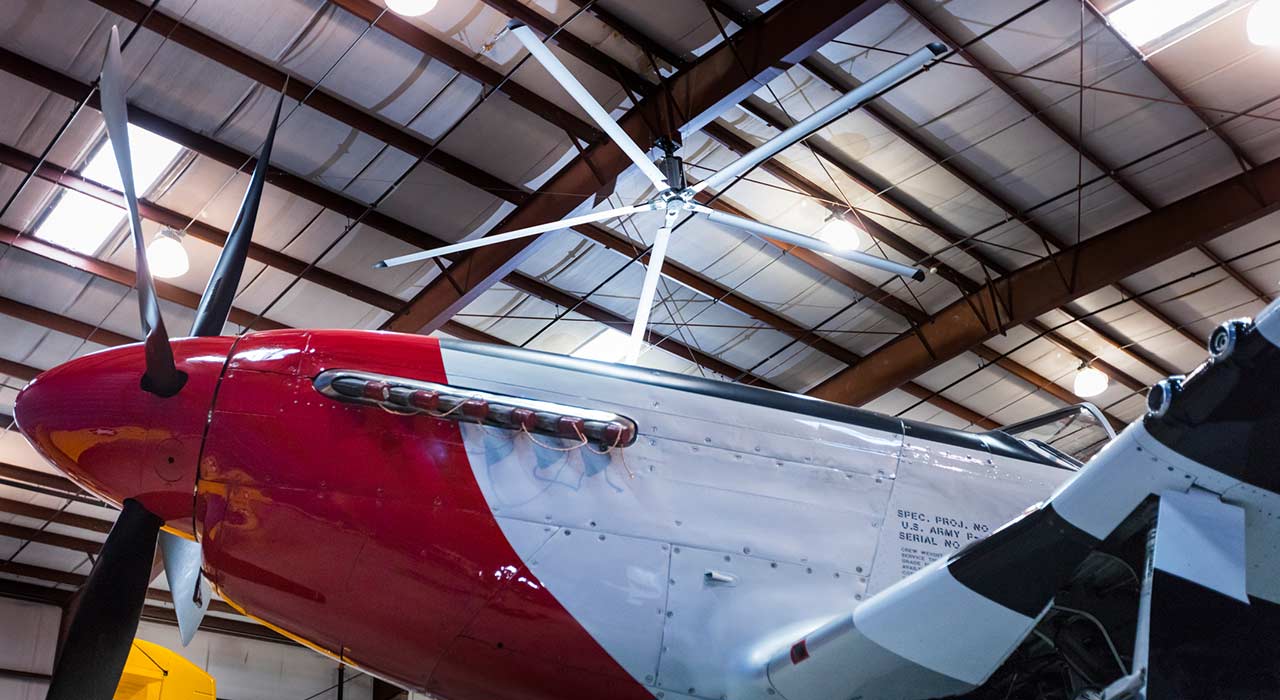 What is an HVLS Fan?